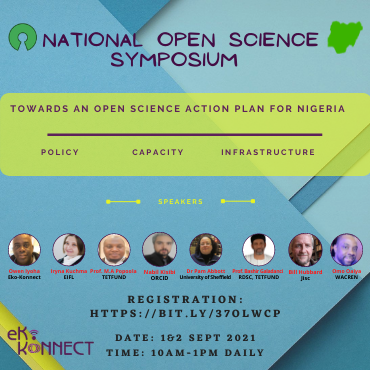 Stakeholders from MDAs and the research and education sector across Nigeria joined in the online National Open Science Symposium on 1st and 2nd September convened by Eko-Konnect. The impressively attended event afforded the opportunity for a variety of Nigerian and international stakeholders advancing research practice to speak on the pressing issue of the adoption of Open Science as part of a national policy for research and education.

Dr Ana Persic of UNESCO opened proceedings speaking about Open Science’s growing influence on improving research collaboration and culture of scientific research and publishing. She informed the audience that the draft recommendation for Open Science policy would be presented for adoption before the UNESCO congress in November.

Prof. Bashir Galadanci (represented by Suleiman Sanusi) of BUK discussed why Open Science was imperative for Nigerian higher education institutions and the necessary steps that need to be taken for adoption.

Omo Oaiya, CSO WACREN spoke about the work LIBSENSE has been doing in recent years to promote Open Science

The symposium was also attended by the Executive Secretary of TETFund, Prof. Suleiman Bogoro who spoke in detail about ongoing TETFund funding initiatives for research. Prof. Bogoro expressed his willingness for TETFund to collaborate with all stakeholders including Eko-Konnect in the drive for Open Science implementation. He requested that a report of the outcomes of the symposium and the next steps in a call to action be sent to him.

Day 2 of the symposium saw further presentations from Prof. Sahahlu Junaidu, Dean of Physical Sciences, ABU. He talked about how institutions could overcome challenges of improving Open Science by leveraging on the work that had been done by other Open Science champions particularly the work LIBSENSE was doing in Africa.

Dr Pam Abbott from the School of Information School, University of Sheffield discussed how librarians and researchers need to upgrade their skills and retool in order to take advantage of what Open Science had to offer. She also talked about the LIBSENSE survey conducted among Librarians across Africa that helped to inform the skills and tools needs of librarians.

Nabil Ksibi of ORCID talked about the evolution of persistent Identifiers (PID) and the potential to exploit a well-defined PID strategy in the evolution of an Open Science ecosystem in Nigeria.

Bill Hubbard, Head of Policy and Engagement at Jisc delivered the final presentation of the day talking about the transition to Open Research by UK institutions and the role government and policies played in the process.

The QA session that followed brought up many questions for discussion. In concluding the meeting, Owen Iyoha informed the participant that a report of the symposium with recommendations on the call to action to Open Science would be prepared and hoped the report would serve as the basis for the Open Science Policy and Implementation plan in Nigeria. 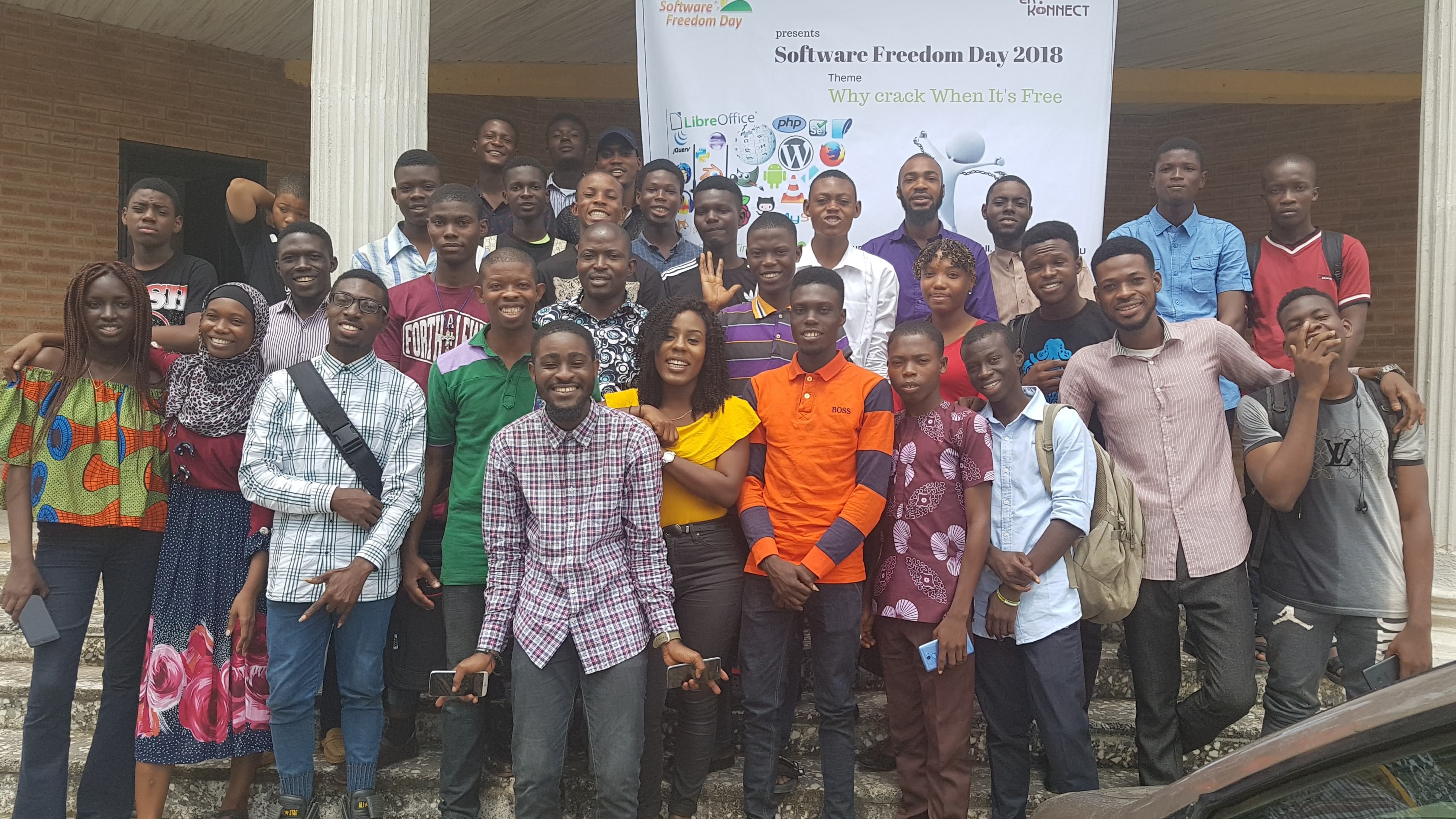 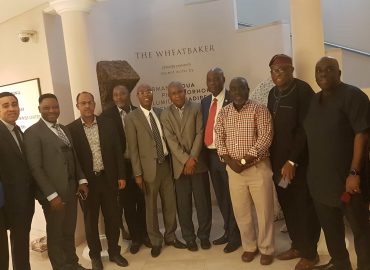 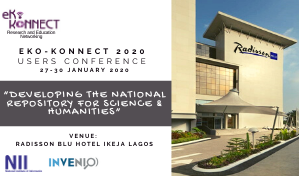